Jesus Ramon is a student, he and his sister Diana, along with his friends enjoy their coexistence, he has a political cousin named Samuel, who gets along well with them at all, and some of the other classmates. He loves the anime series. He had an accident in eighth grade that damage the brain, which caused a slight loss of logical reasoning, but with the help of his friends could heal.

Jesus Ramon has a long half wild hairstyle short appearance, has black hair, wears a khaki and gree star tee with a yellow star in a orange cirle on the tee, he has a blue plain pants, white studded belt and blue laced shoes. 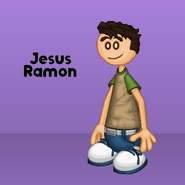 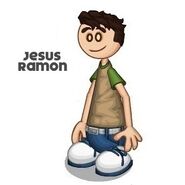 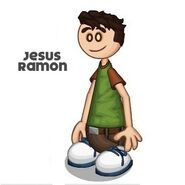 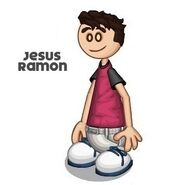 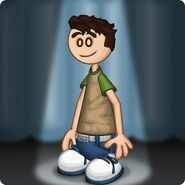