Bircham is a male fan customer, created by: Kingsley's Customerpalooza. 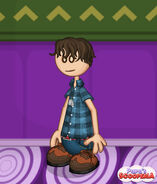 Bircham when he was first created, Papa's Scooperia 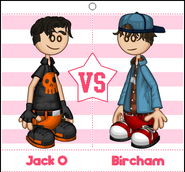 Bircham vs. Jack O, a customer made by Geillade12
Add a photo to this gallery
Retrieved from "https://fliplinefandom.fandom.com/wiki/Bircham?oldid=33724"
Community content is available under CC-BY-SA unless otherwise noted.